I feel very strongly about animal rights and ending climate change. One of my life goals is to see the end of animal agriculture and factory farms, both of which contribute heavily to climate change. We can make huge leaps and bounds by adopting vegan and plant-based diets. By going vegan, you can save tens of thousands of animals lives and billions of gallons of water and carbon emissions. So why exactly should one go vegan? Here are only a few (of many) reasons that convinced me:

Environmental Reasons for being Vegan

It is simply paradoxical to be both an environmentalist and still eat meat. Eating animal products is no longer sustainable. The US government heavily subsidizes the animal agricultural industry due to their wealthy lobbyists, which is why meat is so cheap (1). Raising animals for food requires massive amounts of land, food, energy, and water.

Ethical Reasons for being Vegan

Cows, pigs, fish, chickens, and other animals that often wind up on plates have emotions, just like you and me. They experience love, grief, and fear. 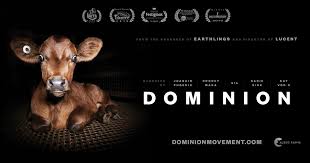 In addition, there are a myriad of actions one can take to reduce the overall suffering of animals in the world. Here are just a few:

Going vegan can be extremely intimidating at first. But in the end, it is a much better decision for the planet, animals, and your health. Veganism has been shown to reduce cardiovascular disease, cancer, and diabetes (5). Here are a couple of resources that I found extremely helpful in transitioning to a vegan diet:

And finally, the most frequently asked questions that I get from potential vegans:

Q: How do I get enough protein on a vegan diet?

Q: I am just one person! How will me being vegan do anything?